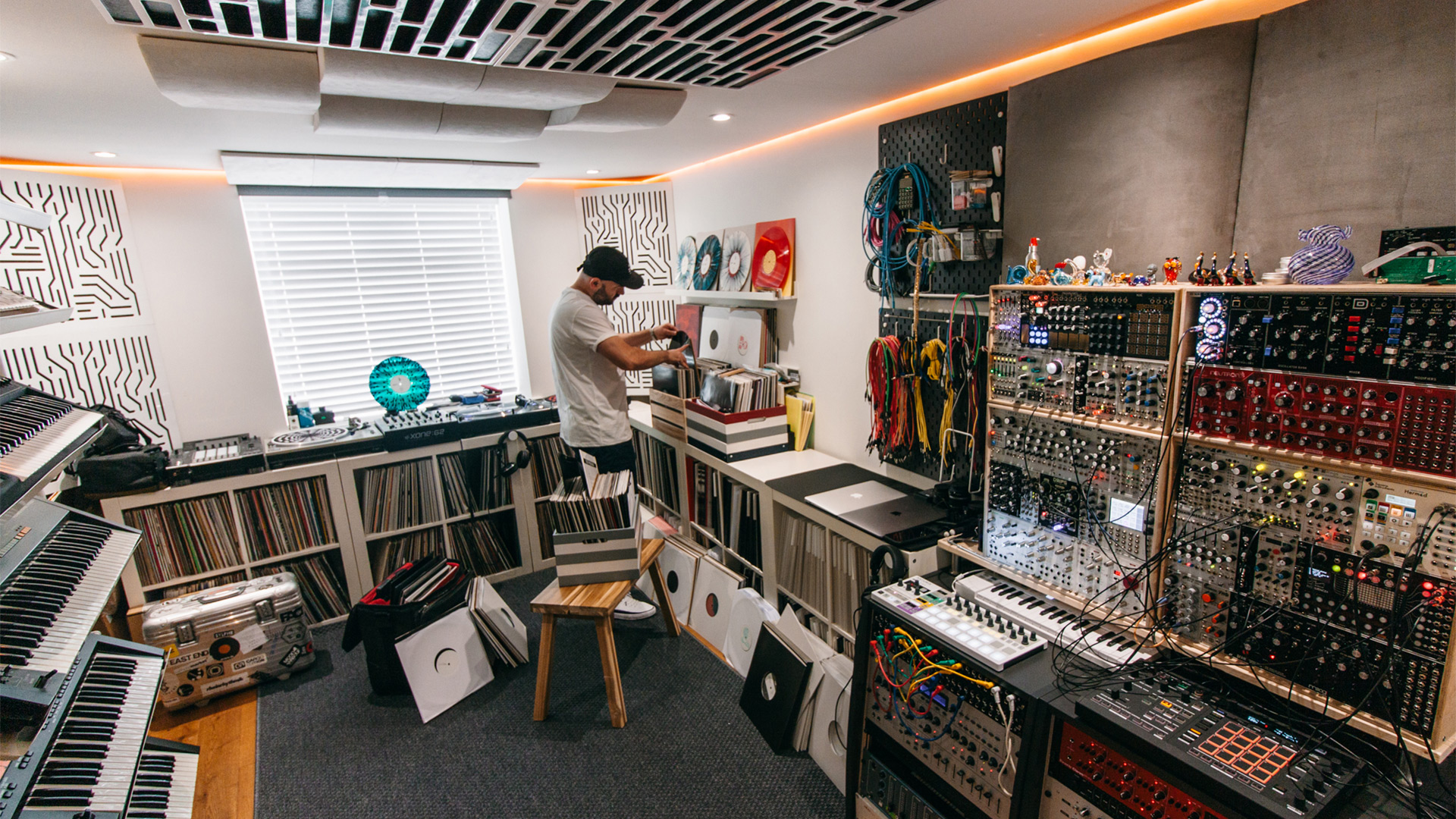 East End Dubs made his debut with us in 2017. From his first appearance he became a friend and integral member of the TRMNL family. His sound and ethos epitomised what our parties and brand are about. Away from the dance floor he has helped us develop the brand further - sharing our thoughts & ideas for venue development, sounds and most importantly the birth of our label. Ahead of his latest release and the debut of TRMNL Records we caught up with him for a chat...

You generally only release on a few labels. Tell us about how this release and partnership with TRMNL came about
‍I’ve been playing at TRMNL events for a long while now, both the venue and event is very special to me. Actually it’s one of my favourite venues to play and party, as soon as I finish my set I blend in the crowd and stay until closing. When Will said he was planning to launch the label I asked him if I could do the first release, I knew from our first chat he was creating something special and I wanted to be part of it.

Each of the tracks have their own style and subtle differences. Was the process making them similar?
That’s right, I never stick to a style or genre when I make music, my music represents moments. For example “What’s Going On” - this track was written straight after my gig at Lab11. During my set I was playing a Drum Tool, one of those tracks I make which allows me to shift between deeper or techier stuff and this guy walked in the dj booth and started rapping next to me, constantly saying “What’s going on” “What’s going On” I was like this works! Got back in the studio the day after and that track was produced.‍‍

‍Do you have a favourite from the 3 tracks?
Hmm It’s hard to pick one up… But if you insist it would be “Talk to Becky”.‍

There has been some crazy hype around “What’s Goin On” way ahead of the release. Did you anticipate it to be gathering so much momentum already?
I didn’t anticipate from the beginning but the more I played the track the more I realised it was going to be a big one.

‍Your Eastenderz label is a firm favourite of many of us, with a growing crew of artists. Any exciting plans for the brands future?
‍Lots of exciting projects in the pipeline. We will continue our 2020 Tour as soon as restrictions are lifted; London, Birmingham, Berlin, Barcelona, Ibiza and Paris dates will be announced soon.

We also have releases coming from Vincentiulian and Okain as well as a compilation with tracks from Chris Stussy, Rossi, Cuartero and myself.

This whole global pandemic and lockdown situation has affected everyone differently. How have you found the break from touring and a busy gig schedule? Has the break from club environments affected your creativity?
From the beginning I said this is it, I can finish all the projects I’m working on and make a new track every day. Unfortunately I’m still listening to the same kick loop I started my project with in the beginning of the lockdown. Most important thing missing for me and that is the gigs; I make music to play, not to release, I make music so I can play that weekend in a club. I’ve been trying hard but realised I’m not feeling it, so I decided not to push it.

Personally I needed this break, I haven’t stopped travelling for 8 years now. I’m doing things I haven’t had time to do but it’s been 3 months since my last gig now and I can’t wait to be back in the booth doing what I love the most. I don’t like airports but I even miss that airport rush and travelling.‍

Any tips for upcoming artists & producers who are looking to establish themselves and their music?
- Don’t give up. Keep Dreaming, Work Harder.

- Don’t release anything until you are sure of it.